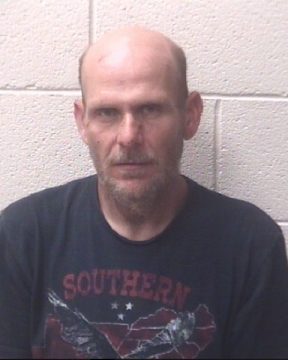 Taylorsville Police Officers responded the a report of a fight in progress on Sunday. When arriving, a man identified as 44-year old Tony Shawtana Robbins, listed as homeless, advanced in an aggressive manner toward officers. Robbins refused to comply and a taser was deployed. He was charged with resisting a public officer and felony possession of methamphetamine. Robbins was placed in the Alexander County Detention Center with a secured bond of $4,500. A court appearance was scheduled on Monday.