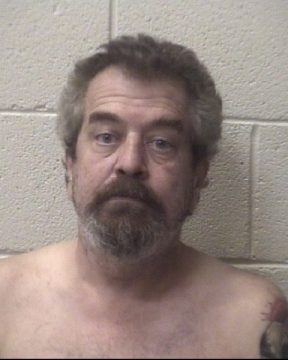 Taylorsville Police arrested a man Saturday afternoon after he allegedly exposed himself.

Begandine was taken into custody and charged with one count of breaking and entering a motor vehicle and two counts of indecent exposure. He was placed in the Alexander County Detention Center with a secured bond of $2,500.