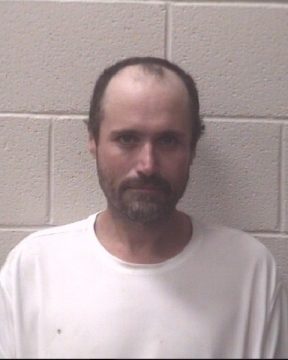 A Wilkes County man is facing a long list of charges following his arrest on Monday by Taylorsville Police.

42-year old Donald Chad Ferguson of Moravian Falls was charged with three counts of felony breaking and entering a coin operated machine, three counts of larceny from a coin operated machine, and four counts of destruction/damage/vandalism of property. Ferguson, according to the arrest report has admitted to breaking into machines in East Taylorsville. Ferguson has some 18 charges pending involving similar crimes in Wilkes County.

Ferguson is being held in the Alexander County Detention Center with a secured bond of $240,000 after 10 additional charges were added on Tuesday. The investigation is ongoing.