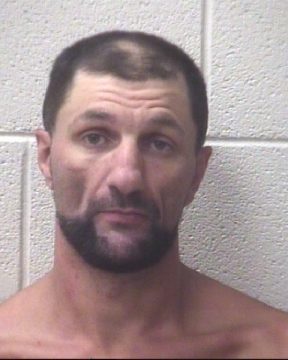 40-year old Patrick James Benfield was served with warrants from Avery County for failure to appear on charges that include felony breaking and entering and felony larceny, injury to real property, and felony probation violations. He was also charged by Taylorsville Officers with resisting arrest. He was placed in the Alexander County Detention Center with a secured bond of $44,000. An Alexander County District Court appearance is scheduled for December 13th.