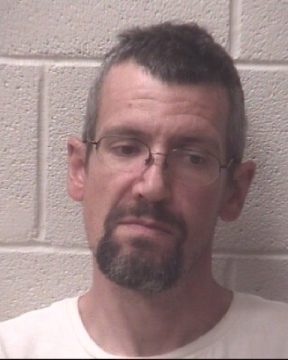 Marcus Franklin Lamoreaux, age 48 of Taylorsville, was arrested Tuesday morning by Alexander County Sheriff’s Deputies. He was served with a fugitive order from the state of Ohio.

As previously reported on B86, Lamoreaux was arrested by Claremont Police on July 13th and served with felony fugitive warrants from the state of Ohio. Lamoreaux is listed as wanted in Marietta, Ohio for nine protective order violations. He was released from the Catawba County Jail on a secured bond of $40,000.

Lamoreaux is now being held in the Alexander County Detention Center with a secured bond of $100,000.