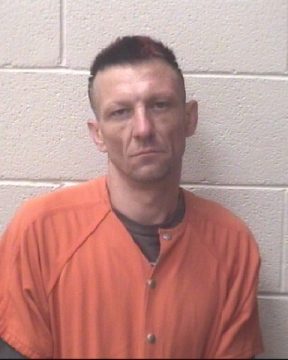 Jeffery Allen Bortz, age 38 of Taylorsville, is being held in the Alexander County Detention Center on a series of charges.

Bortz has mutliple charges pending in Iredell and Catawba Counties.