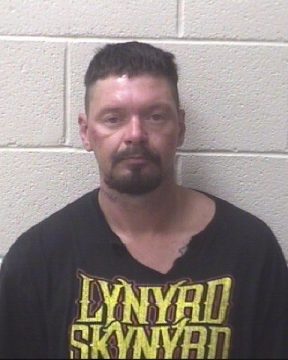 Following a brief chase, 38-year old Rickie Ray Barnes of Stony Point was arrested Tuesday by Alexander County Sheriff Deputies. Barnes was being served with an arrest warrant from Iredell County when he tried to elude officers. In addition to the failure to appear warrant he was charged with driving with license revoked and flee/elude arrest with a motor vehicle. As of Friday morning, Barnes remained in the Alexander County Detention Center with a secured bond of $3,700.