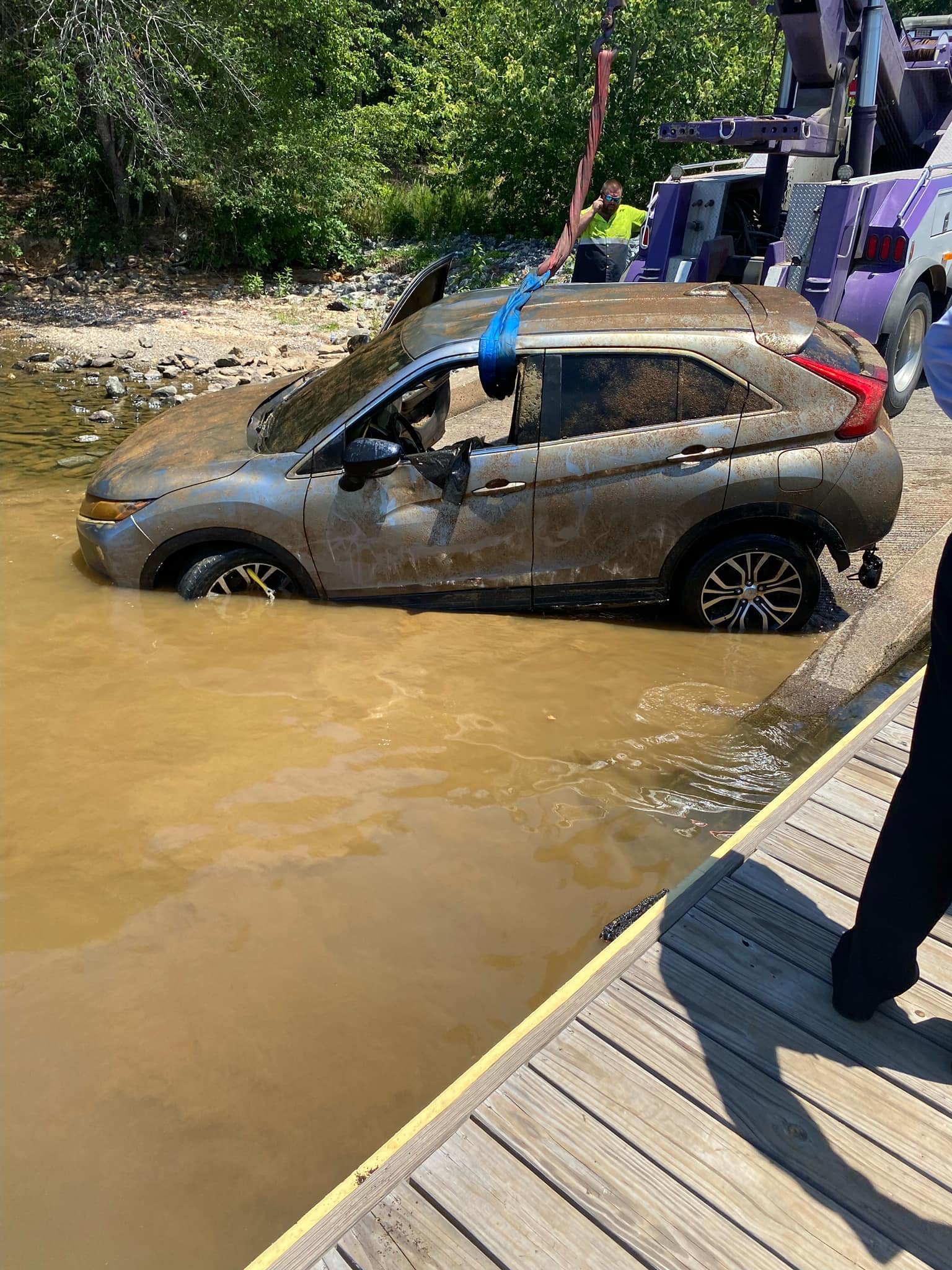 A 2019 Mitsubishi SUV was found in about 30 feet of water at the Dusty Ridge Recreational Area according to Alexander County Sheriff Chris Bowman. The vehicle was detected late Tuesday afternoon. Officers returned to the scene this morning.

Bowman says his department was conducting an unrelated investigation when an aquatic drone spotted the vehicle near the boat landing on Lake Hickory. It took several attempts to pull the SUV from the murky depths.

The SUV was reported as stolen out of Catawba County in 2019.

Sheriff Bowman says the underwater drone might have detected another vehicle in the water nearby. Efforts are underway to search for the suspected second vehicle.

Sheriff Chris Bowman says that’s it’s not likely there is another vehicle located near where the SUV was discovered. He says that the underwater water drone might have given a false indication.