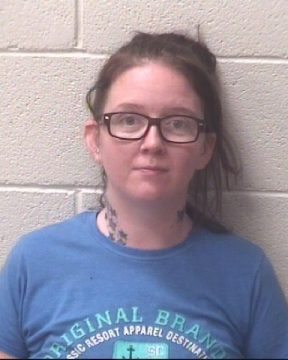 Alexander County Sheriff Deputies arrested 28-year old Ethel Nicole Wyatt of Statesville on Saturday, July 31st. She was served with a series of outstanding warrants from Iredell County. The charges include assault/communicating threats, probation violation, hit and run/leaving the scene with property damage, misdemeanor child abuse, driving while impaired, and resisting a public officer. She was also served with a warrant from Watauga County for driving while license revoked. Wyatt, as of this afternoon remains in Alexander County Detention Center with a secured bond of $39,500.