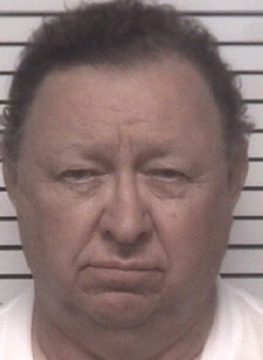 A Statesville man has been charged following an investigation into sexual exploitation of minors.

64-year old Tony Ernest Bunton was taken into custody by the Iredell County Sheriff’s Office on Tuesday August 31st. The arrest was the result of a cyber-tip from the North Carolina State Bureau of Investigation regarding a person in Iredell County being in possession of Child Pornography. A search warrant was obtained by the Iredell County Sheriff’s Office for Bunton’s home on Eufola Street in Statesville. Detectives seized several electronic devices and other items of evidence. Bunton was taken into custody at the scene.

The charges include Four Counts of Felony Third Degree Sexual Exploitation of a Minor. He was placed in the Iredell County Detention Center with a secured bond of $100,000. According to a news release, the investigation is ongoing and more charges are anticipated.