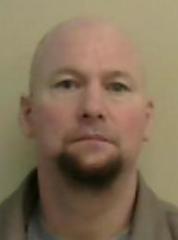 A state prisoner escaped and was captured in Wilkes County.

Wilkes Correctional Center inmate, 48-year old Dennie Lynn Dover was on work release at a location in North Wilkesboro on October 10th when he was reported missing from the work site.

The Wilkes County Sheriff’s Office responded to a report of a breaking and entering at a home on Richardson Road in the Fairplains Community later in the day and found the homeowner fighting with Dover. Deputies took Dover , who is from Marion, into custody.

A warrant lists Dover as being charged with escape, breaking and entering with intent to terrorize or injure, assault inflicting serious injury and other offenses.

Following his capture, Dover has been transferred to the Alexander County Correctional Institution in Taylorsville.