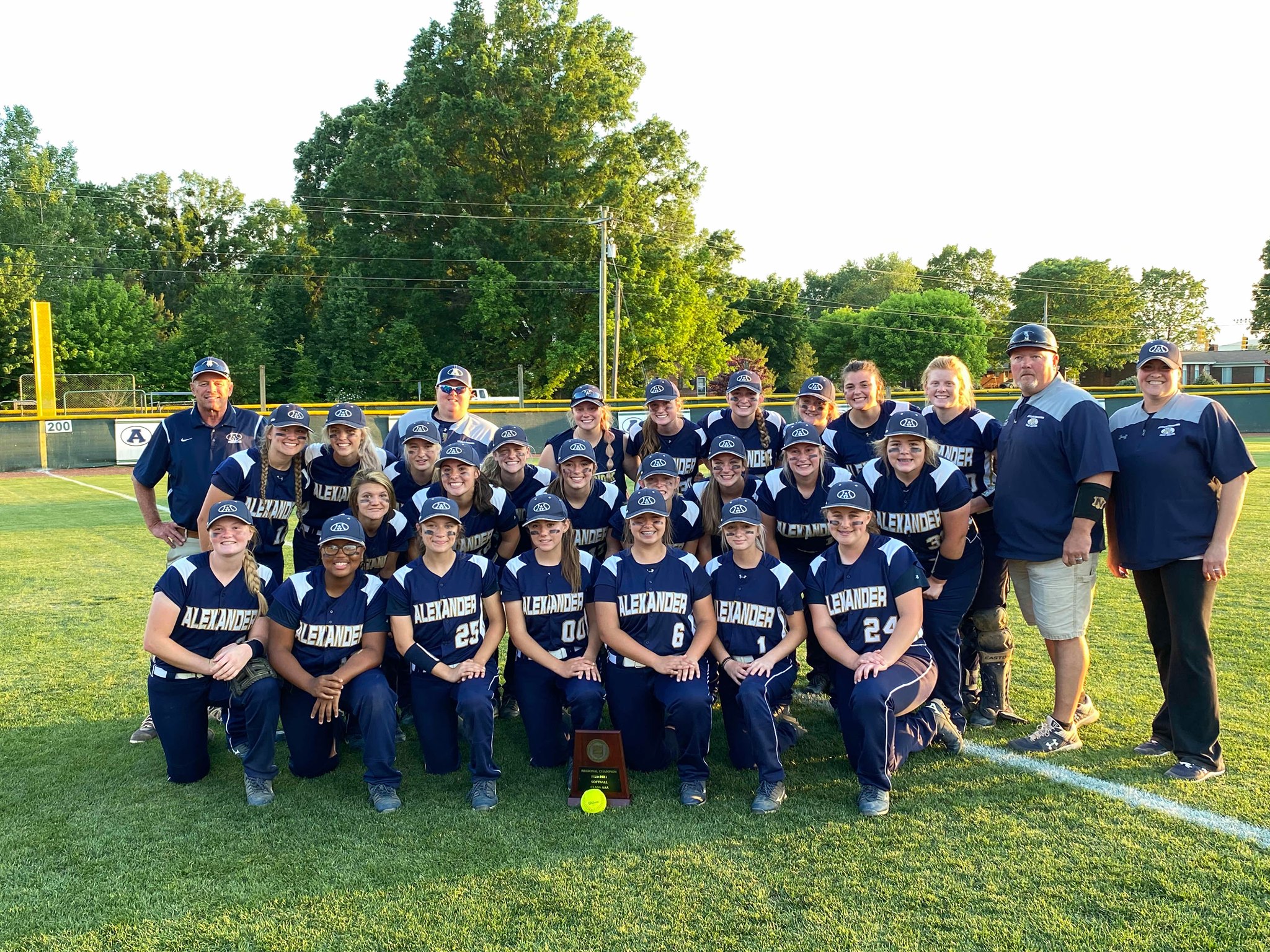 They’re back ! Ten-time state champion Alexander Central is headed back to the Championship Finals !

It figured to be a pitcher’s duel and it was. The Lady Cougars Faith Carrigan and North Buncombe’s Karlyn Pickens both sparkled in the circle.

The Cougars scored all three runs in the 4th inning. With one out in the bottom of the fourth, the Cougars’ bats went to work. Carrigan blooped a single over shortstop and was replaced by courtesy runner Payton Campbell. After Campbell stole second, Church was hit by a pitch. Freshman catcher Kirstyn Herman followed with a single to right, which scored Campbell with the first run of the night.

Church scored on a passed ball later in the inning, as did Herman’s courtesy runner, Kaylin Marlowe. Despite the fact that Alexander Central struck out three times for the fourth consecutive inning, the Cougars led 3-0. Faith Carrigan had the other two Cougar knocks including a double.

Carrigan allowed 4 hits in the shutout with 9 strikeouts and a walk. Karlin Pickens frustrated the Lady Cougars striking out 17 batters with her blazing velocity.

It’s on to the State Championship best of 3 series beginning Friday evening vrs the East Region winner, Southern Alamance . The site for final series is not set either. The North Carolina High School Athletic Association has announced it will be at either Davie County High School or North Davidson High.