A South Carolina man is in custody after leading law enforcement on a chase that ran through Alexander County before ending with a crash in Caldwell County.

The North Carolina Highway Patrol began pursuit of a motorcycle operator in the early morning hours Tuesday. The motorcycle was also occupied by a female passenger.

Taylorsville Police joined in the pursuit on Highway 64-90. The biker refused to stop for blue lights and siren and led law enforcement at a high rate of speed into Caldwell County where it crashed just east of Lenoir. 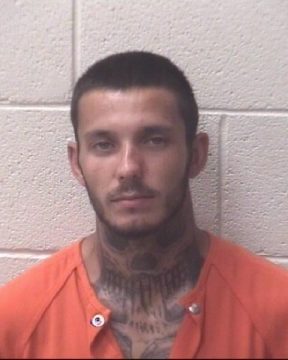 The female passenger was injured and taken to an area hospital with multiple non-life threatening injuries. The operator of the motorcycle, 26-year old Devon Ray Cannon of Boiling Spings, South Carolina fled the scene on foot but was later captured and taken to the Alexander County Law Enforcement Center.

Cannon is charged with felony flee to elude law enforcement, misdemeanor driving with license revoked and no registration. Cannon is said to have outstanding warrants from South Carolina.

Cannon is being held in the Alexander County Detention Center on the Taylorsville Police charges under a secured bond of $5,500. Tuesday evening, multiple charges were added from Caldwell County were including hit and run/leaving the scene with property damage. The total bond now is $8,000. A Taylorsville court appearance is listed for July 18th.