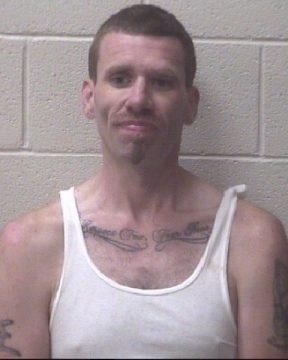 37-year old Chad Edward Simpson of Stony Point was taken into custody on Sunday by the Alexander County Sheriff’s Office. Following an investigation into a stolen vehicle, Simpson was charged with felony motor vehicle theft, felony possession of an undisclosed controlled substance, possession of drug paraphernalia, and resisting a public officer. Simpson was also served warrants for multiple failure to appear counts in both Alexander and Iredell Counties. Simpson is being held in the Alexander County Detention Center with a secured bond of $47,100. He was scheduled to make a District Court appearance on Monday.