On Thursday, September 8, 2022, Narcotics Investigators with the Alexander County Sheriff’s Office executed a search warrant at a residence located on Sipe Road in the Ellendale Community of Alexander County. This search warrant was the result of an ongoing narcotics investigation by the Sheriff’s Office, due to numerous complaints of possible drug activity within the community. During the search, approximately 20 grams of methamphetamine, drug paraphernalia, firearms, and ammunition were seized. 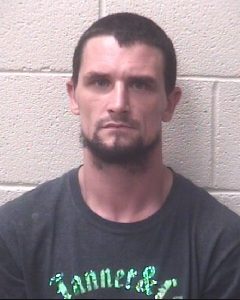 Tanner Parks McAlpin, age 31 of Taylorsville, was arrested and charged with Possession of Firearm by Felon, Felony Possession with Intent to Manufacture/Sell/Deliver Methamphetamine, Felony Maintaining a Dwelling for Controlled Substance, Misdemeanor Possession of Marijuana, and Misdemeanor Possession of Drug Paraphernalia. McAlpin was placed under a $100,000 secured bond with a first appearance date of Monday, September 12, 2022 in Alexander County District Court. 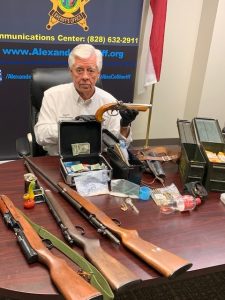 Records indicate that McAlpin was arrested on nearly identical charges by the Alexander County Sheriff’s Office in 2020. 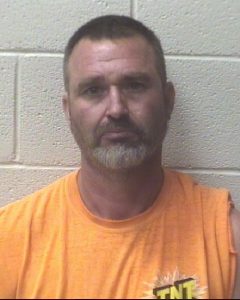 Michael Emery Goodenow, age 45 of Statesville, was arrested and charged by Taylorsville Police Departmentwith Misdemeanor Possession of Drug Paraphernalia. Goodenow was placed under a $2,500 secured bond with a first appearance date of Monday, September 12, 2022 in Alexander County District Court.