1832: Henry Schoolcraft discovered the source of the Mississippi River in Minnesota

1923: The Hollywood Sign is officially dedicated in the hills above Hollywood, Los Angeles. It originally reads “Hollywoodland” but the four last letters are dropped after renovation in 1949

1973: Alexander Butterfield reveals the existence of a secret Oval Office taping system to investigators for the Senate Watergate Committee

Weather: Clouds and Humidity, Boomer is likely this afternoon 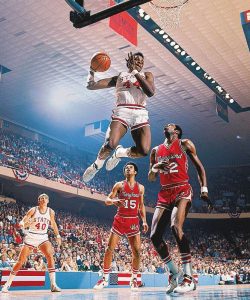 Quote of the Day: “Never eat spinach just before going on the air”…Dan Rather