1858: The Wedding March by Felix Mendelssohn is played at the marriage of Queen Victoria’s daughter, Victoria, and Friedrich of Prussia

1949: The first Emmys were presented 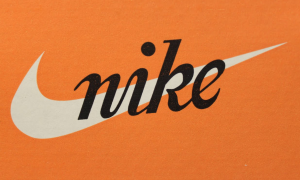 1981: The 52 Americans held hostage by Iran for 444 days arrived in the United States

1996: Billy Bailey of Delaware becomes the last person to be hanged in the United States.

Chris Stapleton gets the Anthem at the Super Bowl https://www.cbssports.com/nfl/news/2023-super-bowl-chris-stapleton-to-sing-national-anthem-nfl-announces-other-pregame-performers/

You know it’s a nutty world when Justin Bieber gets $200 million for his song catalog https://www.showbiz411.com/2023/01/24/justin-bieber-cashes-out-at-28-sells-entire-song-catalog-for-200-mil-raises-questions-about-recording-and-touring-future

Word of the Day: cryptomnesia [ krip-toh-mnee-zhuh ]
noun
The phenomenon of not recognizing the return of an old memory as a product of memory, but instead regarding it as a new or original thought or idea.

I’d like to be a teenager again. If somebody tells you they would not…never buy a used car from them

Quote of the Day: ”There is no such uncertainty as a sure thing”… Robert Burns…(Born this day 1759)