It’s Take Your Parents To Lunch Day. I’d pay dearly to be able to do that

1492: Christopher Columbus sighted Watling Island in the Bahamas. He believed he had found Asia while attempting to find a Western ocean route to India. The same day he claimed the land for Isabella and Ferdinand of Spain 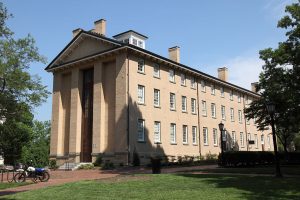 1793: The cornerstone of Old East, the oldest state university building in the United States, is laid at the University of North Carolina at Chapel Hill

1960: Soviet Premier Nikita Khrushchev pounds his shoe on a desk at the United Nations

1998: The House of Representatives passed the Online Copyright Bill

2000: In Yemen, the USS Cole is badly damaged by two suicide bombers, killing 17 crew members and wounding at least 39

Sports: Erkman named the Taylorsville Savings Bank-B86 Cougar of the Week…Mayfield will mix 2-6 weeks with ankle injury…Phillies, Dodgers, Astros and Yankees are the Baseball winners on Tuesday…Carolina Hurricanes drop the puck tonight

Angela Lansbury had quite a career https://people.com/movies/angela-lansbury-dead-at-96/

It’s been said that Tom Cruise is “out there.” He’s going to walk in space https://variety.com/2022/film/news/tom-cruise-space-movie-first-civilian-spacewalk-outside-of-space-station-1235399127/

Quote of the Day: “Human life is too difficult for people”…Paul Engle (Born this day in 1922)