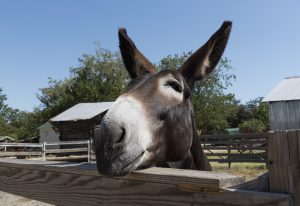 1881: The “Gunfight at the OK Corral” took place in Tombstone, Arizona. The duel was between Wyatt Earp, his two brothers, Doc Holiday, and the Ike Clanton Gang

1970: “Doonesbury,” the comic strip by Gary Trudeau, premiered in 28 newspapers

1993: The NFL announced new franchises for Charlotte and Jacksonville

2005: The Chicago White Sox sweep the Houston to win the World Series

Sports: Freedom cancels JV Football game at Alexander Central…Cougar varsity prepping for finale on Friday…Saints nip Seahawks…Braves and Astros World Series Game I tonight, who you got ?…Canes off to 5-0 start…Celtics hand Hornets their first loss

Quote of the Day: “Politics is such a torment that I advise everyone I love not to mix with it”… Thomas Jefferson