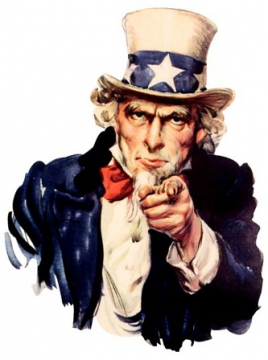 1813: The nickname “Uncle Sam” was first used as a symbolic reference to the United States. The reference appeared in an editorial in the New York’s Troy Post

1822: Brazil declared its independence from Portugal

1963: The National Professional Football Hall of Fame was dedicated in Canton, Ohio

1979: ESPN, the Entertainment and Sports Programming Network, made its debut on cable TV

1979: The Chrysler Corporation asks the United States government for US$1.5 billion to avoid bankruptcy

1996: Rapper and hip hop artist Tupac Shakur is fatally shot in a drive-by shooting in Las Vegas. He would die six days later

In the News: How big was the COVID-19 spike over the weekend ?…Wilkes County records 11 COVID deaths in past week…Taylorsville Town Council meets this afternoon…Conover woman called with shooting death of live-in boyfriend…Man tries to runover cops in Conover, officers shoot him…Hickory man arrested in Alexander County…Taylorsville Police charge man on Labor Day…Morganton man charged with assaulting victim with pipe

Weather: Tons of Sun, high around 82

Sports: Cougars get busy getting better after loss in Asheville…Panthers will be missing a starter due to COVID on Sunday…Ole Miss dumps Louisville, Ryheem Craig did not play…Rays rally to beat Boston…Yankees in a swoon…Phillies rolling

With the 20th anniversary of 9-11 looming, this trial is notable https://abcnews.go.com/International/trial-911-mastermind-khalid-sheikh-mohammed-set-resume/story?id=79858521

It looks like Al Capone’s Florida home is slated for the wrecking ball https://apnews.com/article/lifestyle-florida-f014b40bedfdb5516eb81864dba3a107

Quote of the Day: “Death is very often referred to as a good career move”…Buddy Holly (Born this day in 1937)