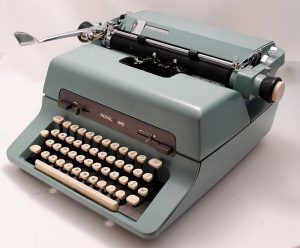 Happy Typewriter Day. Not many still in use

1860: The US Secret Service was created to arrest counterfeiters

1917: In a game against the Washington Senators, Boston Red Sox pitcher Ernie Shore (East Bend, NC) retires 26 batters in a row after replacing Babe Ruth, who had been ejected for punching the umpire

1931: Wiley Post and Harold Gatty took off from New York on the first round-the-world flight in a single-engine plane

1959: Convicted Manhattan Project spy Klaus Fuchs is released after only nine years in prison and allowed to emigrate to East Germany where he resumes a scientific career

1972: President Nixon and White House Chief of Staff H. R. Haldeman are taped talking about using the CIA to obstruct the FBI’s investigation into the Watergate break-ins

2013: Nick Wallenda becomes the first man to successfully walk across the Grand Canyon on a tight rope

In the News: Another COVID death in Iredell County…Another case of COVID confirmed in Alexander County…Parents are urged to give input on return to school options…Alexander Sheriff’s Office arrest man with stolen vehicle…Man charged with holding man at knife point…Hickory Police seeking clues in fatal hit and run

Sports: Two weeks from today Alexander Central Athletes can return to campus…NASCAR has an incredible day and a great race…Baseball looks like it will happen but the players are not happy 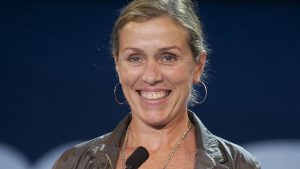 The moron that planted the noose in the garage stall of Bubba Wallace is probably anything but pleased right now. The act of cowardice has brought the NASCAR family closer and created a new fan base

I went to the grocery store and almost got inside the building before I realized, I’d forgotten my mask. I went back to the car, put it on, and did what I came to do. I don’t like wearing the damned thing but I’m willing to do it

As always, think before you hit send !

Quote of the Day: “A promise made is a debt unpaid”… Robert W Service