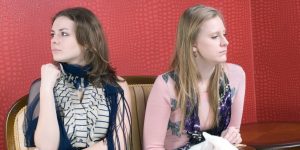 Today is National Unfriend Day I Those two aren’t event texting each other anymore. They’ll be friends again later in the week

1869: The Suez Canal opened in Egypt, linking the Mediterranean and the Red Seas

1970: Lieutenant William Calley goes on trial for the My Lai Massacre

1973: President Nixon told an Associated Press managing editors meeting, “people have got to know whether or not their president is a crook. Well, I’m not a crook.”

2019: The first known case of COVID-19 is traced to a 55-year-old man who had visited a market in Wuhan, Hubei Province, China

Weather: Sunny with a high near 50

The Air Force will start training pilots without using a plane https://www.militarytimes.com/news/your-air-force/2022/11/16/can-the-air-force-train-new-pilots-without-planes/

Jenna Bush says no to the undies, well me too
https://people.com/style/jenna-bush-hager-admits-she-never-wears-underwear/

Quote of the Day: “Longevity conquers scandal every time”… Shelby Foote (Born this day in 1916)