It’s Play in the Sand Day ! You can do it without being at the Beach

Today is Presidential Joke Day. Joe has made is almost too easy

1909: The American ship Arapahoe became the first to ever use the SOS distress signal off the coast of Cape Hatteras, North Carolina 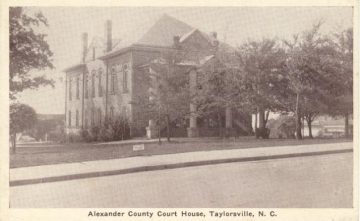 1967: The Alexander County Courthouse is destroyed in a pre-dawn fire. No injures but the structure was leveled

1984: President Ronald Reagan was preparing for his weekly radio broadcast when, during testing , the President said of the Soviet Union, “My fellow Americans, I am pleased to tell you that I just signed legislation that would outlaw Russia forever. We begin bombing in five minutes.”

1992: In Bloomington, MN, the Mall of America opened. It was the largest shopping mall in the United States

2002: US Airways announced they were filing for bankruptcy

Weather: Maybe a Boomer later today, Some cooler, dryer weather headed this way for the Weekend !

Sports: Carter sees a lot of things to improve on after first Cougar Football scrimmage…Durmire named new ACHS Men’s Golf Coach…Wake Forest will be without starting QB for a while…Braves win in Fenway…Mets, Phillies and Dodgers stay hot…Cleveland moves into first place in AL Central…Yanks have dropped 8 of 10

Utah man steals excavator and uses it to rip up parking lot https://www.foxnews.com/us/utah-man-arrested-stealing-excavator-digging-grocery-store-parking-lot-salt-lake-city-police