It’s Waitstaff Day ! Tip heavy, they’ve been out of work for a while !

1881: The American Red Cross is established by Clara Barton in Washington, D.C.

1968: The nuclear-powered U.S. submarine Scorpion, with 99 men aboard, was last heard from

Sports: Some area high schools still searching for basketball coaches…Foard grad now an assistant coach at NC State…Hamlin beats the field and the raindrops at Darlington 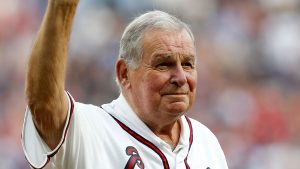 So, We move to Phase II (really it’s Phase 1.5) we get to go to a restaurant (at minimum capacity) get a haircut (the line will be long) and move somewhat closer to normal. Do you even remember normal ? Can we soon actually conduct business inside a bank ? Hate doing drive-thru for that

Hope your roof is not leaking