Exhale, it’s National Relaxation Day ! What do you do to relax ?

1877: Thomas Edison wrote to the president of the Telegraph Company in Pittsburg. The letter stated that the word, “hello” would be a more appropriate greeting than “ahoy” when answering the telephone

1911: Crisco was introduced by Procter & Gamble

1914: The Panama Canal was officially opened to commercial traffic

1935: Will Rogers and Wiley Post were killed in an airplane crash in Alaska

1945: The Allies proclaimed V-J Day a day after Japan agreed to surrender unconditionally 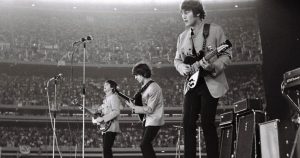 2015: North Korea changed their standard time base on the half-hour

Weather: Clouds with a high near 80, maybe some showers too

The next shortage, Spaghetti Sauce https://finance.yahoo.com/news/spaghetti-sauce-under-threat-water-124539175.html

Quote of the Day: “In politics stupidity is not a handicap”…Napoleon Bonaparte (Born this day in 1869)