It’s Clean Off Your Desk Day !

1888: The National Geographic Society is founded

1966: Elizabeth Montgomery’s character, Samantha, on “Bewitched,” had a baby. The baby’s name was Tabitha, which became a very popular name for girls

1967: The Rolling Stones appear on the Ed Sullivan Show

2000: Bill Gates steps down as Chairman of Microsoft

2002: President George W Bush faints after choking on a pretzel

Weather: After a near record setting Sunday, rain returns Monday

Sports: Cougar Hoops swept Friday night against McDowell…NFL Final Four is set…OK already, let’s decide who the top Tiger is in College Football…Roy blames himself for Tar Heel loss…Hornets fall in the dessert 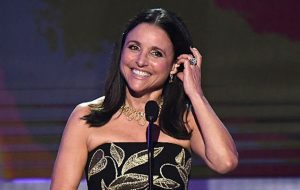 Some tension north of the border on Sunday. A false alarm indicating an incident at a Nuclear Power Station was issued to the entire Province of Ontario. It was a false alarm. What do you do in a situation like that ? Where do you go, where do you run ?

I’m convinced that I’ve severely overestimated the intelligence of the human species. By a lot, a whole lot

Quote of the Day: “Take Risks: If you win, you’ll be happy; If you lose, you’ll be wise” Unknown