1782: The Bank of North America opened in Philadelphia. It was the first commercial bank in the United States 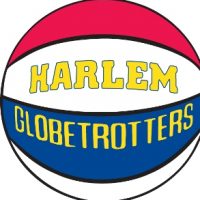 1949: The first photograph of genes was shown at the University of Southern California

1967: The Newlywed Game premiered on ABC

1980: President Carter signed legislation that authorized $1.5 billion in loans for the bail out of the Chrysler Corporation

1999: President Clinton’s impeachment trial began in the US Senate

In the News: More than 100 new cases of COVID on Thursday in Alexander County…Numbers show the vaccine is keeping people out of the hospital…Granite Falls man remains in jail after Alexander County vehicle chase…Taylorsville Police nab man on weapons charges…Hickory woman get Federal Prison time for wire fraud

US Trade Deficit soaring. It would help the supply-chain if more of what we buy was produced here instead of there https://www.houstonchronicle.com/news/article/November-trade-deficit-hits-near-record-high-16753719.php

Quote of the Day:”Everything I like is either illegal, immoral or fattening”…Alexander Woollcott