It’s World Snake Day. The slithering serpents get their day too ?

1790: The District of Columbia is established as our Nation’s Capital

1941: Joe DiMaggio hits safely for the 56th consecutive game, a streak that still stands as an MLB record

1969: Apollo 11, the first mission to land astronauts on the Moon, is launched

1980: Ronald Regan wins the Republican nomination for Presidnet at the Detroit Convention

1981: After 23 years with the name Datsun, executives of Nissan changed the name of their cars to Nissan

1999: John F. Kennedy Jr., his wife, Carolyn, and her sister, Lauren Bessette, died when the aircraft he was piloting crashed into the Atlantic Ocean off the coast of Martha’s Vineyard. 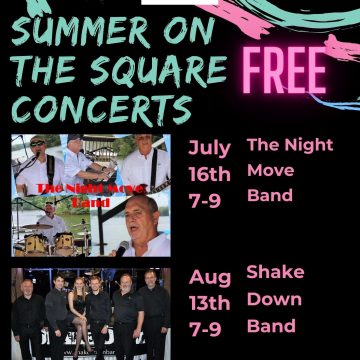 Quote of the Day: “When your mother asks, ‘Do you want a piece of advice?’ it is a mere formality. It doesn’t matter if you answer yes or no. You’re going to get it anyway”… Erma Bombeck