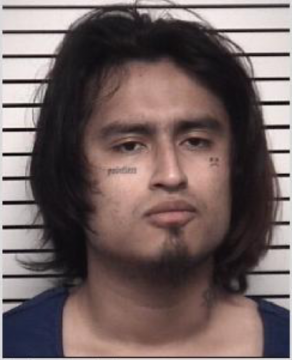 In July, the Iredell County Sheriff’s Office received a report in reference to a male subject having an inappropriate relationship with an underage female.

Investigators were able to obtain search warrants on social media accounts used by the suspect to communicate with the underage female victim. The search warrant results confirmed 23-year old Bryan Aldair Muniz-Cordoba of Raleigh had made contact with an underage female and was having an inappropriate relationship with the juvenile. Arrest warrants were issued for Muniz-Cordoba.

On Wednesday, November 16, 2022, Muniz-Cordoba was located in Wake County by the Cary Police Department and taken into custody.

On Thursday, November 17, 2022, Muniz-Cordoba was transported to the Iredell County Detention Center and charged with two counts of Felony Statutory Sex Offense with a Child less than 15 Years Old and Felony Disseminating Obscenities.

Muniz-Cordoba had a first appearance before District Court Judge Ed Hedrick, who ordered the suspect to the Iredell County Detention Center with a $325,000.00 secured bond.