The Division of Adult Correction and Juvenile Justice has named Chris Crawford as the new warden of the Caldwell Correctional Center in Lenoir.

Crawford had been the assistant superintendent for custody at Mountain View Correctional in Spruce Pine.
“Warden Crawford is an amazing leader, a true professional with extensive and wide-ranging experience,” said Todd Ishee, Commissioner of Prisons. “He is an excellent addition to the team of men and women who run our prisons with compassion, care and commitment.”

In his new position, Crawford is responsible for all operations at the Caldwell Correctional Center, which houses medium and minimum custody male offenders and is a designed reentry facility.
Built in 1938, the prison has a maximum capacity of around 240 offenders.

Caldwell Community College works with the prison to provide vocational and academic classes. Offenders may take part in meetings of Alcoholics Anonymous, Narcotics Anonymous and the drug and alcohol rehabilitation treatment aftercare program.

Caldwell Correctional was one of 61 field unit prisons renovated or built during the late 1930s to house offenders who worked building roads. The prison housed medium custody adult males in 1966 for one year and housed minimum custody male youth from 1977 to 1981. In the original prison, offenders were housed in a building that had two dormitories. A modular dormitory was added in 1978. Those housing units are still in use today. 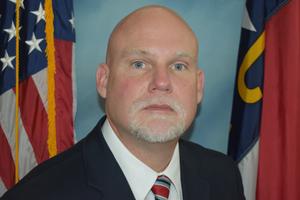 He also graduated from Peak Performance leadership and management training as well as the Correctional Leadership Development Program.