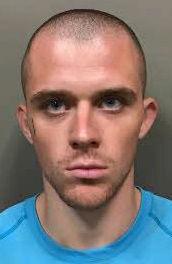 The Wilkes County Sheriff’s Office has charged a Mt Airy man with the murder of a man in Eastern Wilkes County.

22-year old Tyler Blake Daughenbaugh was taken into custody Tuesday evening. He’s charged in connection with the shooting death of James Leroy Conley, 53, who was deceased when Wilkes Sheriff’s Deputies found him lying on the ground outside his home in the Pleasant Hill Community on Sunday, June 13th.