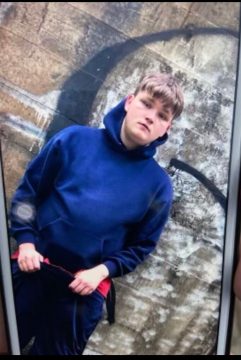 A Burke County teen has been charged after a man was found dead over the weekend.

18-year old Iziaha Daprince Corpening of Morganton was arrested Sunday and charged with assault with a deadly weapon inflicting serious injury. 67-year old Jerry Ahmed Corpening was found dead in his home on Burkemont Avenue in Morganton according to the Morganton Department of Public Safety.

The North Carolina State Bureau of Investigation is assisting Morganton Officers with the investigation. Corpening is being held in custody under a secured bond of $100,000 and is scheduled to make a court appearance today.

Police have not confirmed the relationship of the victim and the suspect. The suspect was considered a person of interest prior to his arrest based on witnesses reporting to police he was at the scene of the crime.