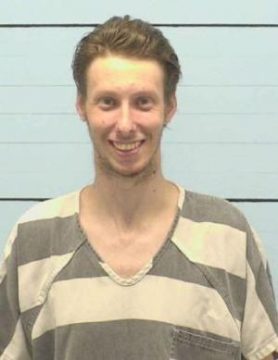 A Morganton man is facing charges after allegedly stealing a car and leading officers on a chase last Thursday evening.

City of Morganton Public Safety Officers received word of a vehicle stolen from a gas station on Jamestown Road. An officer spotted the suspect vehicle and pursued it. The suspect vehicle ran off the roadway and came to a stop after hitting several trees. The driver left the vehicle but was found a short distance away lying on the ground.

28-year old Joseph Tyler Whisnant is charged with larceny of a motor vehicle, felony flee to elude arrest, driving while license revoked and speeding. He was placed in the Burke County Jail with a secured bond of $50,000.