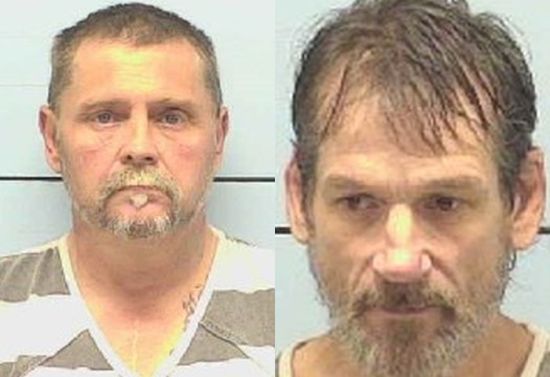 On Tuesday North Carolina Probation & Parole Officers requested assistance from the Burke County Sheriff’s Office Narcotics Division after finding a small amount of methamphetamine during a warrantless search of Henry Dwayne Autrey’s residence on View Drive in Hickory. Probation & Parole Officers also found a firearm in the possession of Spencer, who is a convicted felon.

Once on the scene, Investigators assisted in searching the residence and found approximately 4.73 pounds of meth, 842 Oxycodone tablets, ten firearms including handguns, rifles and shotguns, body armor, drug paraphernalia and U.S. currency. All of these items were reportedly in the possession of Autrey who is currently on probation.

Both suspects were arrested, Autrey received a $155,000 secured bond, he is not listed as an inmate in Burke County. Spencer’s bond was listed at $26,500 secured, he remained in jail as of earlier today (July 1). They were scheduled to make first District Court appearances Thursday (June 30).

Both suspects have their next appearances in District Court July 21.