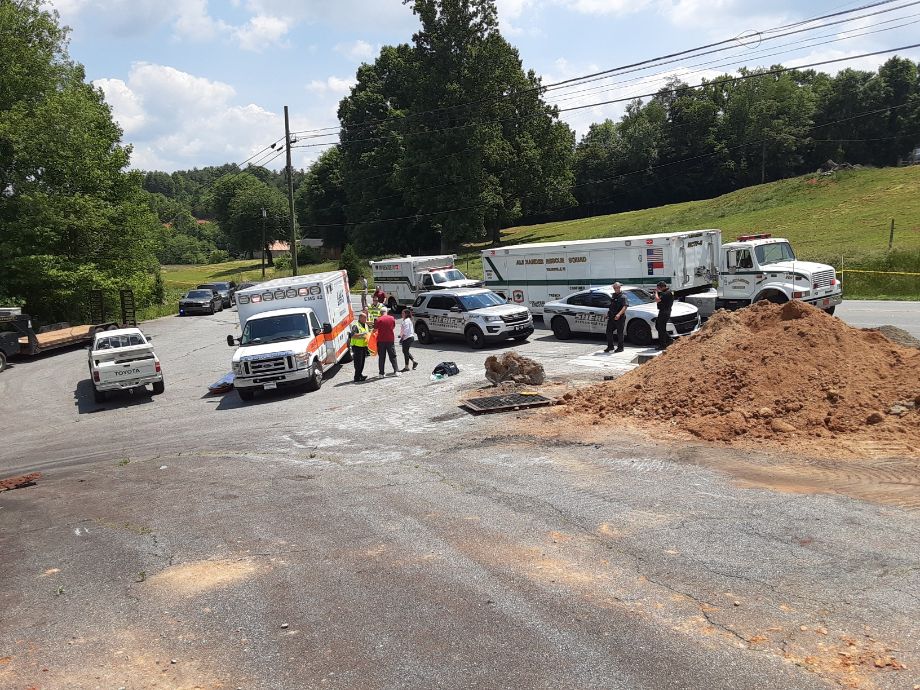 A man is dead following an accident this afternoon west of Taylorsville.

Around 2pm, Alexander EMS and Ellendale First Responders were dispatched to Big D’s Diner on US 64-90. A portion of a trench had collapsed and trapped a man. The man was removed from the trench but was pronounced dead at the scene.

The victim has been reported to a male subject, age 37. His name has not been revealed.

The trench was part of a project to replace a large culvert in the parking lot of the business.

Sheriff Chris Bowman said that everything that could have been done was done by co-workers and responders.