The Iredell County Sheriff’s Office received a call at 12:56 am Friday in reference to a burglary in progress on Hill Farm Road in Northwestern Iredell County. The victim reported that someone was trying to enter the home from a garage door. Deputies arrived and secured the scene and checked the area for the suspect who had already left the scene. 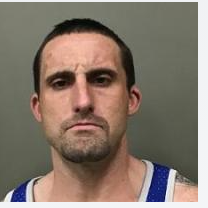 Iredell County Detectives followed up on information received from witnesses that identified the suspect in the video as 34-year old Corey Allan Richardson of Wilkes County.

Richardson was served with a warrant for first-degree burglary. He is being held in the Wilkes County Detention Center with a $15,000 secured bond.