On Sunday, March 13, Iredell County Sheriff’s Deputies responded to the Sunshine Express West on Old Mountain Road Statesville in reference to an armed robbery that had occurred.

Criminal Investigators responded to the location and were able to retrieve pictures of the suspect from the store surveillance video. The suspect pictures were shared on the Iredell County Sheriff’s Office Facebook Page and App. 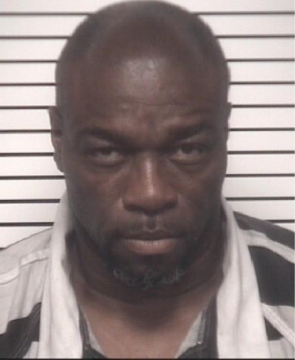 On Monday, information was received about the suspect’s identity. Investigators were able to verify the information and arrest warrants were issued for 51-year old Darren Eugene Parker.

It was determined that Parker was in Charlotte. The Iredell County Sheriff’s Office Warrant Squad responded to Charlotte to arrest Parker. He was also located in the same purple Scion wearing the exact same clothing he was wearing when he committed the robbery in Iredell County. Information was also gathered which assisted the Statesville Police Department to solve a robbery that also occurred in their jurisdiction.