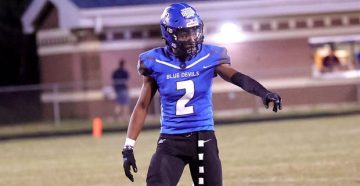 Maiden’s wide receiver Chris Culliver is touted as one of North Carolina’s top-ranked football players in the class of 2023.

The rising senior announced on social media on Tuesday he will play at the University of North Carolina.

He played as a freshman at Bandys before transferring to Maiden. At 6’3 and 180 pounds he is listed by most recruiting services as a four-star prospect.

Culliver had many offers including the likes of North Carolina State, Florida State, Appalachian State, Virginia Tech and Ohio State.