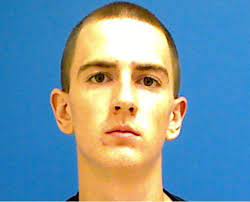 A Maiden man will serve at least 18 years in prison after pleading guilty to second-degree murder in the 2017 shooting death of 19-year-old Justin Smith.

Jeffrey Douglas Brittain, who was 23 at the time of his arrest in October 2017, originally faced a felony murder charge that carried maximum penalties of death or life in prison.

Under an agreement with the prosecution, he pleaded guilty to second-degree murder on Wednesday and received a sentence of between 18 and nearly 23 years in prison.

According to reports, Brittain shot through a window and killed Smith while Smith was seated in a recliner at his home on Ball Park Road in Maiden. The two men had been involved in a dispute involving Smith’s girlfriend.

A second man, Maiden resident Dustin Allen Shook, is charged with accessory after the fact in connection with murder. His case has not been resolved.