Alexander County Sheriff Chris Bowman has confirmed that a Lincoln County woman has been charged with sending controlled substances through the U.S. mail to an inmate or inmates at the Alexander County Correctional Institution.

The NC Department of Public Safety conducted an initial investigation that identified 48-year old Tracey Mason Rhodes of Lincolnton as a suspect. They Alexander County Sheriff’s Office assisted in the investigation and arrested Rhodes on Friday. 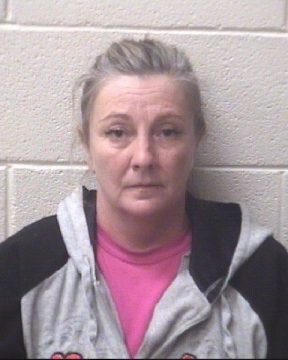 Rhodes is charged with felony providing contraband to an inmate, felony conspiracy, and multiple counts of felony possession with intent to manufacture/sell/deliver schedule III controlled substance. Rhodes has been released with a $50,000 secured bond. She is scheduled to make an initial appearance in Alexander County District Court today (Monday, Feb. 22) in Taylorsville.