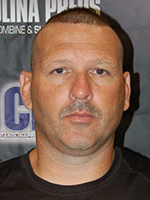 Lewis has been head coach at Hibriten since replacing Chuck Cannon in 2010. He has compiled an impressive 95-28 record as the coach of the Panthers. Hibriten went 14-1 in 2018 after going 16-0 and winning a state 2AA State Championship.

Alexander Cental is scheduled to open their 2019 season against Hibriten in Lenoir.