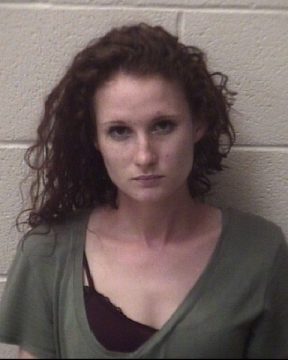 28-year old Erin Marie Mecimore of Hickory was taken into custody on Wednesday and placed in the Alexander County Detention Center. She was charged with failure to appear on one count of assault with minor present. She has been released with a secured bond of $4,500. An October 25 court date is scheduled.