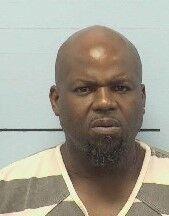 A Hickory man was arrested by U.S. Marshals on Wednesday in connection to an armed robbery in Morganton.

49-year old Reginald Alfonza Faison was arrested on charges of attempted murder, robbery with a dangerous weapon, uttering forged endorsement and misdemeanor show cause fail to pay money according to a news release from the Morganton Department of Public Safety. Faison was arrested at an apartment located on Fifth Avenue NE, in Hickory, by U.S. Marshals.

On May 23, Morganton Officers responded to an armed robbery at the Shop and Save #4 at 100 W. Fleming Drive in Morganton, at approximately 2:30 p.m. It was reported by the victim that the suspect was a male in a dark blue hooded sweatshirt and he was armed with a small pistol during the robbery. At some point during heist two shots were fired from the suspect’s handgun.

Fasion is being held under a bond in excess of $1 million.

The case is still under investigation.