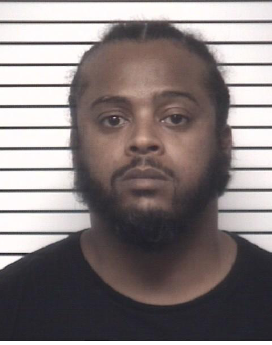 When Deputies approached the vehicle a strong odor of marijuana was detected. The driver of the vehicle, 36-year old Joseph Jamar Olley of Stockbridge, Georgia admitted to having marijuana. The ICE Team conducted a search of the vehicle. Two handguns were discovered in the spare tire area . Olley told Deputies that he was traveling from Syracuse, New York to Atlanta, Georgia, and had purchased the two stolen handguns along the way.