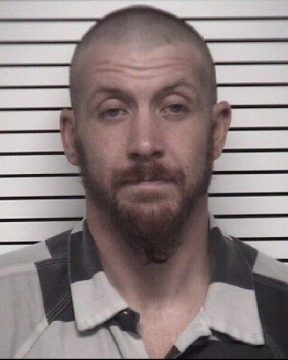 A Stony Point man being sought for probation and parole violations was nabbed on September 13th after a foot chase with Iredell County Sheriff’s Deputies.

Iredell Deputies went to Plank Barn Lane in Stony Point after receiving information about Bates who had been on the wanted list for about a month.

Officers established a perimeter in the area due to Bates’ history of running from law enforcement. When deputies attempted to arrest Bates, he fled on foot and they pursued him down N.C. 90, taking him into custody in the parking lot of the Captain’s Galley Seafood Restaurant.

Bates’ criminal history includes felony possession of methamphetamine and misdemeanor charges of possession of Schedule III, maintaining a vehicle/dwelling for sale of controlled substance, possession of marijuana, possession of drug paraphernalia, larceny, breaking or entering, resisting a public officer, DWI, flee/elude arrest with a motor vehicle, driving while license is revoked, reckless driving, revoked registration, operating a vehicle with no insurance and hit/run leaving the scene of an accident and infractions of failure to wear seat belt and improper equipment.

He remains in the Iredell County Detention Center under a secured bond of $45,000.