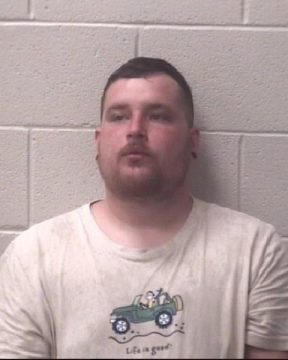 An Elkin man was arrested Saturday after a chase in Alexander County.

Taylorsville Police attempted to stop a vehicle for speeding driven by 27-year old Elijah Peyton Thompson. Thompson refused to stop after blue lights and sirens were activated. A chase lasted for around 10 minutes before ending in the Vashti Community.

Thompson has been charged with felony flee to elude arrest with a motor vehicle, speeding, reckless driving to endanger, driving left of center and unsafe passing. He was released from custody with a secured bond of $10,000. Thompson was scheduled to appear in Alexander County District Court on Monday, November 7th.