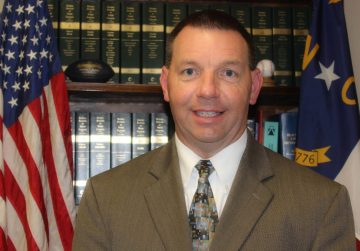 Dyson, was elected Clerk of Superior Court on November 6, 2010. He was first appointed to that position on June 1, 2009 replacing retired Clerk Seth Chapman.

“After 23 years as a deputy and an assistant clerk and 13 years as the Clerk, I am announcing my retirement from the Clerk of Court office effective May 1, 2022.”

According to Alexander County Board of Elections Director Patrick Wike, the senior regular resident superior court judge for the county shall fill the vacancy by appointment until an election can be regularly held.

The office is on the November ballot with Democrat Edwin Pope Chapman and Republican Lisa Kale Hines having filed.