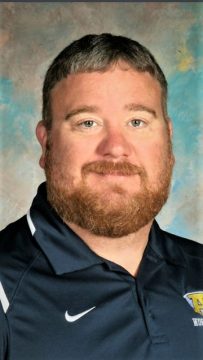 The Alexander County Board of Education has approved the hire of Brent Durmire as Alexander Central High School Men’s Golf Head Coach.

Durmire commented “I am thrilled and thankful for being given to opportunity to lead the Men’s Golf Program here at Alexander Central. We have a good group of returning golfers from last season and I look forward to helping them build on the success they have had in the recent years. I am excited to see what these young men can do on the golf course and am ready to see them excel in the game of golf. I would like to thank Principal Jacob Lail and Athletic Director Nathan Robinson for allowing me to guide the Men’s team starting this season.”

Alexander Central High School Athletic Director Nathan Robinson commented on the Durmire hiring by saying “I know our Men’s Golf team will be in good hands and under good leadership with Brent being our new Head Coach. He has great knowledge of the game and has demonstrated good leadership with our Women’s program over the past several years as he has guided them to multiple successful seasons.”