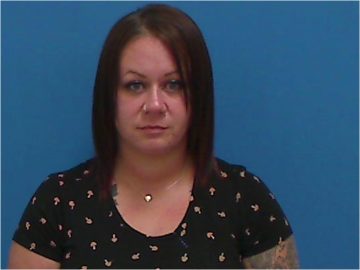 A Claremont woman was arrested this morning and charged with drug trafficking.

29-year old Tracie Haley Byrd was taken into custody by the Catawba County Sheriff’s Office on charges of felony trafficking methamphetamine, felony trafficking opium or heroin, possession of heroin, felony maintaining a vehicle/dwelling/place for controlled substance and possession of drug paraphernalia. She is being held in the Catawba County Detention Center with a secured bond of $40,000. Byrd is scheduled to make an initial court appearance today in Newton.