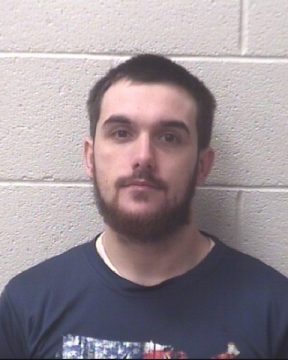 26-year old William Gary Phillip Reid of Morganton was taken into custody on Wednesday, August 18th by Alexander County Sheriff’s Deputies. Reid was served an arrest warrant for failing to appear on an earlier charge of felony larceny of a motor vehicle. The original charged was also filed in Alexander County. As of today, Reid remains in the Alexander County Detention Center with a secured bond of $30,000. A September 13th court date is scheduled.